The client in the small village of Wickham had recently had a new Limestone tiled floor laid in his kitchen/conservatory on top of electric underfloor heating or UFH as its commonly known. Although the Limestone looked great the tiler had not laid the tiles very level and there were many tiles with 2 to 5 mm lippage between them. Not only was this unsightly it also created a tripping hazard. It was unacceptable to the client and they were very disappointed with the new floor. 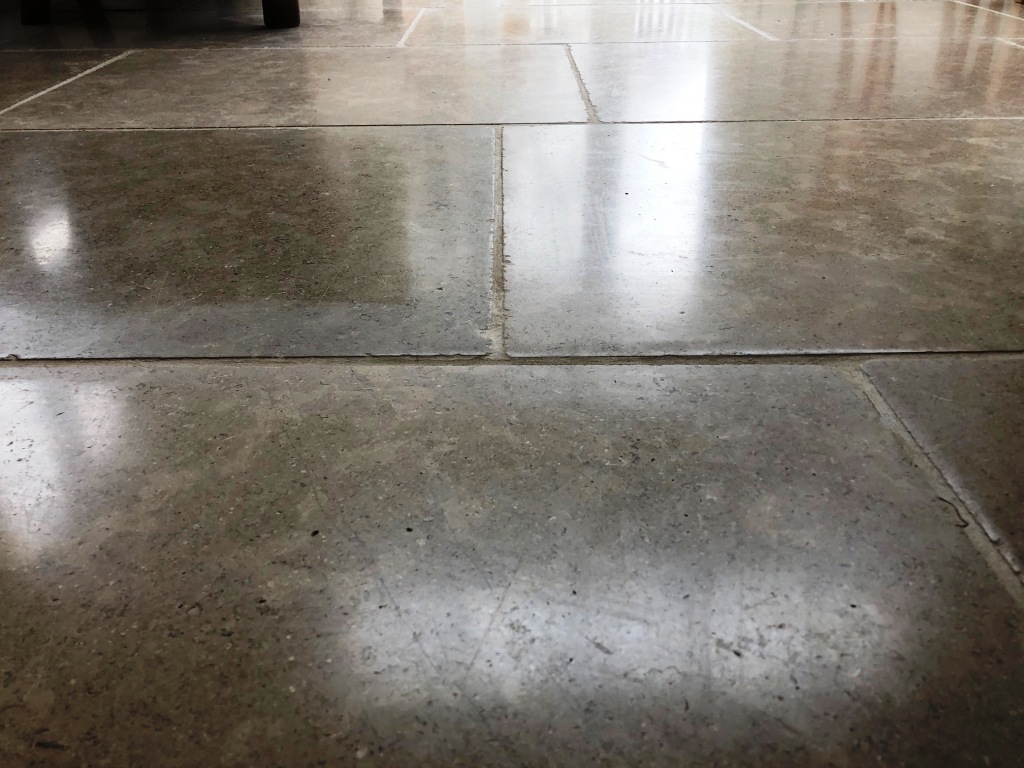 Wickham is a small village close to Fareham and actually only ten miles from our base in Portsmouth, so it wasn’t long before I was able to head over and survey the floor and come up with solutions.

As I saw it, we had three options,

We discussed all three options and the cost implications; they really were not happy to live with it so that option was out and taking the floor up was going to cause huge disruption and cost. He chose wisely and went for option 3! We confirmed the price and arranged a time to return to carry out the work. 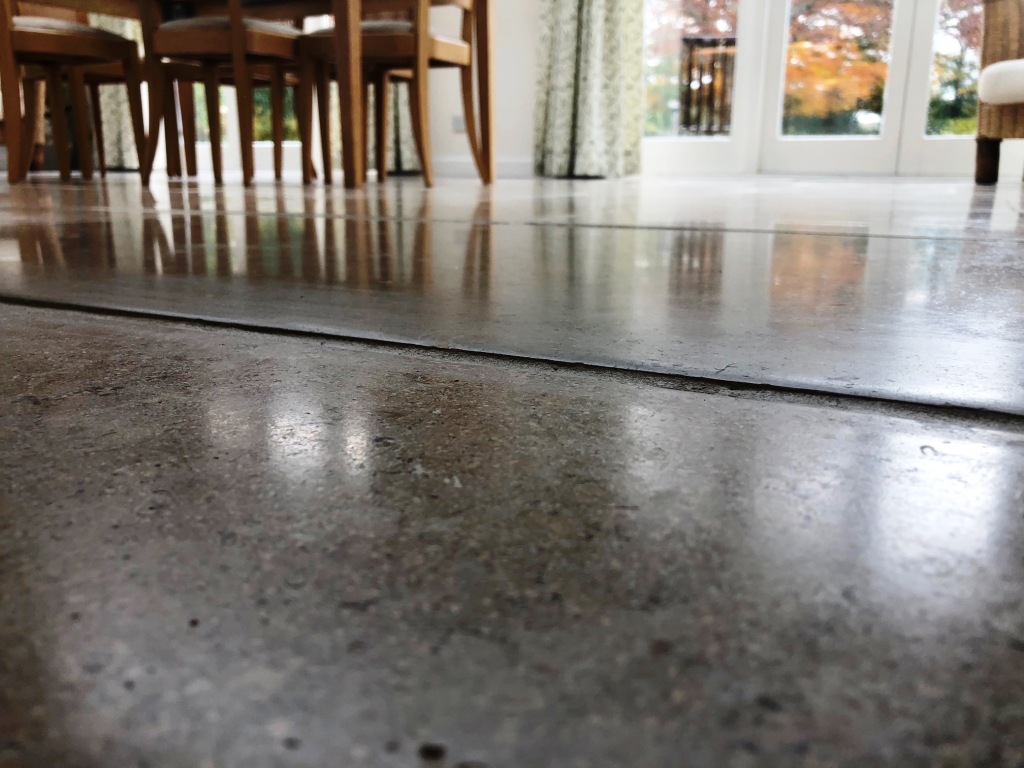 We returned a few weeks later to carry out the work. We used two technicians who very slowly they started grinding the floor level with a heavy rotary machine fitted with milling pads. The pads are applied in sequence with water from 50-grit, 100-grit, 200-grit, 400-grit, 800-grit and then finally 1500-grit. The floor is rinsed with more water in between each pad to remove the fine slurry that is generated. This can be a messy job, but we make use of a wet vacuum to extract the slurry and try hard to keep the dust created to a minimum.

The 50, 100 and 200 grit milling pads are very coarse and grind down the stone flattening the lippage difference between the tiles, the 400, 800 and 1500 grit burnishing pads then refine and hone the stone bringing back its polished appearance. Once we were satisfied that the floor had been milled successfully and the level of the floor was now acceptable, we gave the floor a final rinse and extraction, then left it to dry out.

After a couple of days, we came back to seal it with Tile Doctor Colour Grow. The floor was checked before sealing with a moisture meter to ensure it was nice and dry. The seal would not cure property otherwise.

Three coats of the Tile Doctor Colour Grow product were applied to the Limestones. This product is an impregnating sealer that works by occupying the pores in the stone thus preventing dirt from becoming ingrained there. Colour Grow enhances the natural colours in the stone and works well on Limestone where it brings out the cream and brown shades and really enhances the appearance of the stone.

After completion the floor was completely level and it looked lighter and cleaner. You can see the results in the pictures, the floor was transformed, and the kitchen now looks stunning. The client was ecstatic and recommended Tile Doctor to the shop where he had purchased the stone as they had felt he would never get the finish he had hoped for. He also left the following testimonial on the Tile Doctor feedback system.

We had a new limestone floor installed in a large and difficult area but the result was not satisfactory in that there was too much “lippage” from stone to stone in many parts of the floor. All the advice we received was that it would not be feasible to mill the floor level and that we would either have to live with it or lift and replace it – a terrible prospect. However, Charles persuaded us that it could be done and his team managed to mill it and polish it such that it now looks superb. The process was relatively quick and very clean. The team was thorough, professional and a pleasure to have around. We are delighted with the result and would recommend them strongly for any similar work
Philip G., Wickham

Professional Milling of a Limestone Tiled Kitchen in Hampshire