Details below of a Quarry Tiled kitchen floor that were cleaned and sealed for a customer in Fareham. The main problems were that the tiles were becoming increasingly difficult to clean so they looked dull and tired and the grout had become stained.

A solution of Tile Doctor Pro-Clean was applied to the floor and left to soak for a short while before being scrubbed in with a rotary machine fitted with a black scrubbing pad. The grout was also in need of attention and this had to be scrubbed by hand using a stiff brush along the grout lines, which as you can imagine took some time. The soiled cleaning solution was then removed using a wet vacuum and the floor thoroughly rinsed with water and then left to dry overnight.

When we returned the next day we could see there were a few areas in need of some further attention so we set about cleaning those up. Once we were happy with the floor and it had managed to dry off we sealed the floor using six coats of Tile Doctor Seal and Go which is a water based sealer (so no smell) that provides surface stain protection to the quarry tile and grout and also leaves a nice deep low sheen on the tile surface. 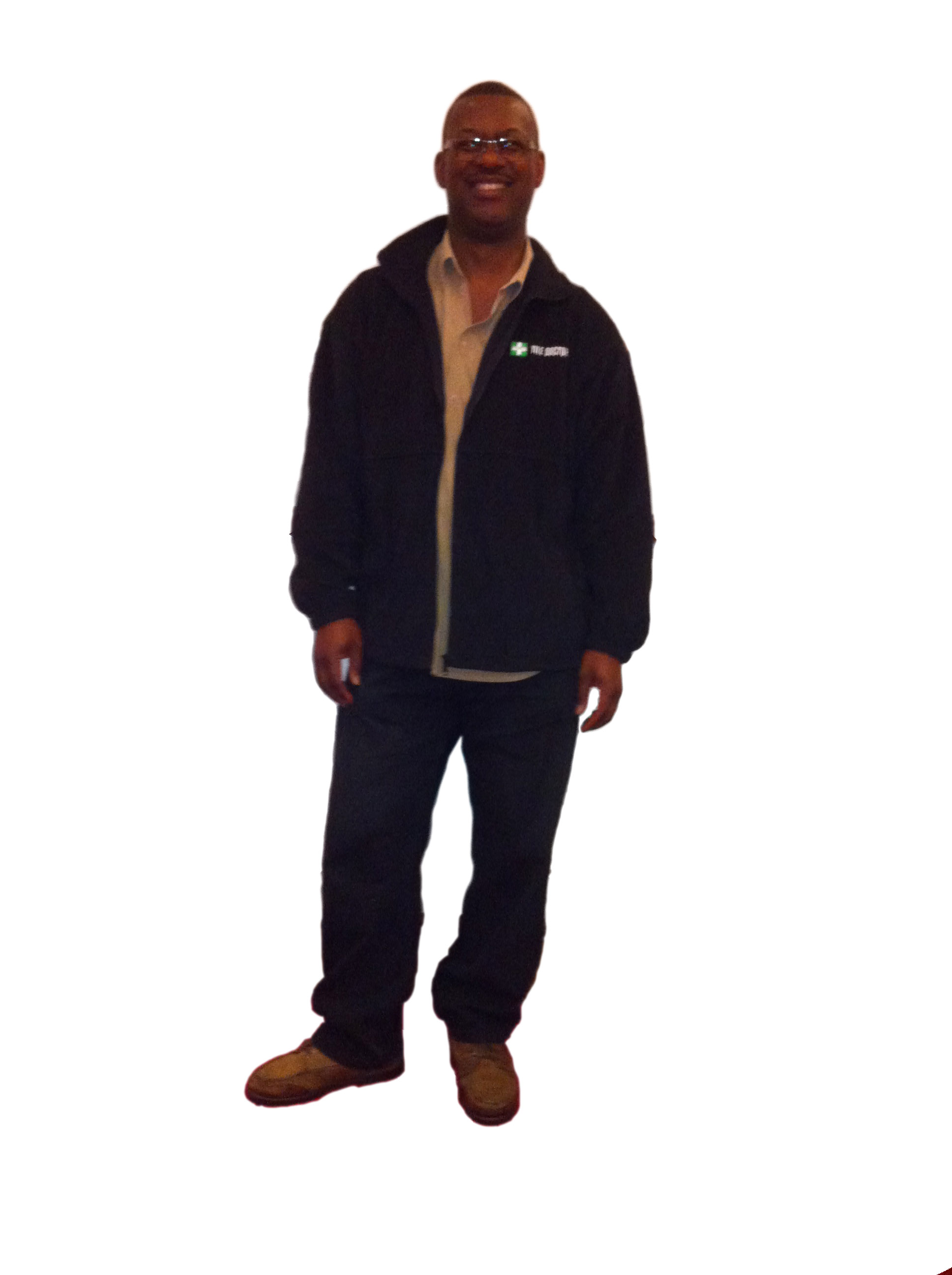 Very satisfied with the service and brought a badly stained new patio back to what we were expecting! Charles was approachable and friendly and very helpful, as was his colleague Stuart who worked extremely hard on the actual cleaning.
Simon M, Alton

Professional and polite from the start to the end and what an amazing result in all three rooms – I would thoroughly recommend the service they provide and would use them again without hesitation.
Paul M, Alresford

Lost one star for a missed appointment to quote (done by email in the end); also cleaning behind WC could have been a little better, but accept it’s a difficult place to reach! overall very pleased with the result. Barry was excellent!
Wendy S, Southampton

My stone floor was dull and discoloured and I thought my only option was to cover it over. Your team were friendly, professional and made very little mess. I now have a floor that is clean, polished and reall looks like new. I am amazed that such a transformation was possible. I would recommend you to anyone who has a sad stone floor.
Janet G, Andover

We had an awful problem with our terracotta floor which I am pleased to say was finally solved by Charles from Tile Doctor. Another firm had recommended the traditional treatment of two coats of linseed oil followed by wax to restore the surface. The first coat was fine but the second coat refused to dry, leaving a sticky surface which did not change for six weeks so we couldn’t move into our new home. We tried everything to clean it off but it was incredibly resistant. We were in despair until we called in cheerful Charles who was confident they could sort it out. It took a determined effort over several days (it was a large area) but we have ended up with a beautiful, glowing terracotta floor. Many, many thanks.
Miranda P, Sutton Scotney

We are very pleased with the work, it has turned our lime and salt stained slate tiles in the wetroom back to their original condition. Lovely job and better than expected. Well done Stuart.
Bill D, Titchfield

Charles was very quick to respond; very clear on how he could improve our floor. He arrived with colleague Barry on time and between them they transformed our travertine floor from being very dull into a very ratifyingly shiny floor in less time than expected. Thank you one and all We are very pleased with the result.
Liz C, Bosham